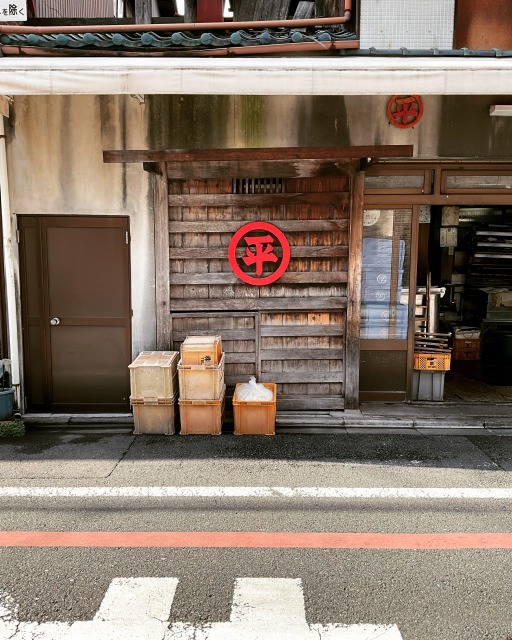 Mr. Rosanjin Kitaoji, a master of gourmet food, asserted in his “Tales of Delicious Tofu”, “Where can I find delicious tofu? Because of the abundance of good water, good tofu can be produced only in places famous for its water quality.” However, “In Japan, there is a tendency to only look for clean water and to be fine as long as it is raw.” Hiroshi Fukuda, who conducted a survey on the food culture of tofu throughout Asia, wrote in his book.

As a human who has  a passion for delicious food, I went to Kyoto and tried tofu.

Certainly, the tofu I bought at a famous tofu shop in Kyoto was by far the most delicious I’ve ever had (even though I had a hell of a time trying to open the tight-fitting package because I tried to eat it at the hotel room…)

Because of its simplicity, tofu can be eaten with soy sauce. Bach can also play amazing variations. By the way, at Nishiki Market in Kyoto, special soy sauces for cold tofu and boiled tofu are sold (by the way, it seems in China, raw tofu should be eaten with salt instead of soy sauce).

Regarding the origin of tofu, it is now believed to have been invented in China in the 9th or 10th century.In Japan, it is best known in the 12th century, when the character “唐符” was written on an offering book at Kasuga Taisha in Nara. Old description. (Kasuga Taisha came up when I researched Karinto, but I’m really curious if it’s a shrine that has a lot of things to say about its food, but I won’t derail this time.)

By the way, although it has not been confirmed, the person who is said to have invented tofu in China is also said to be Liu An, the grandson of Liu Bang, King of Huainan (of course, there are various theories), and it is said that  was woven by a person named Li Shizhen in the 10th century. There is a description in“Honzo koumoku” that the law of tofu began with Liu An, the King of Huainan in Han,” and it is an established theory that he is the founder of tofu.”

Tofu is so simple to make.

Tofu is made by soaking soybeans in water and mashing them first(this is called namago), boiling it, separating it into soymilk and bean curd refuse, boiling the soymilk, adding bittern to it while cooling it, and hardening it. Nigari has the effect of coagulating tofu proteins, but gypsum and vinegar, which have the same effect, can also be used (it seems that the taste will be different). By the way, Shimadofu(a kind of tofu) made in Okinawa sometimes uses seawater as a coagulant.

And finally, okara is left over after making tofu.

While writing this article, I came up to eat okara so I bought okara at the supermarket and tried it.

“Natural Dashi Gomoku Unohana (middium size)” sold at a nearby supermarket for 198 yen.

When I ate it for the first time in decades, it reminded me of the feelings I had when I ate it in the past. I wonder if it will remain.

On the other hand, I was not conscious of it in the past, but I also noticed something new, such as an unexpected astringency.

There are several reasons why it’s been a long time since I’ve eaten this much, but the first thing that comes to mind is probably the difficulty of cooking.

Nowadays, if you feel like it and look it up, you’ll find a lot of recipes using okara on the internet, but people who live a normal life and aren’t that interested in superfoods, healthy foods, and diets. If you look at it from that perspective, isn’t okara a representative of the obanzai that you eat at your grandparents’ house in the countryside?

If you buy ready-made side dishes, you don’t have to worry about it, but the seasoning will be a little harsh or sweet.

On the other hand, if you mix and stir-fry only okara with dashi, hijiki, and carrots, you can make it your own favorite taste, but if you ask me if I wanted to eat it after such a hard cooking time, it’s kind of annoying. Okara is that kind of food for me.

Okara, as its name suggests, is sometimes taken for the soybean residue that is removed during the process of making tofu. Or rather, that’s all.

Okara doesn’t have many good points, but the nutrients in okara are actually almost the same as tofu. Furthermore, dried okara has more dietary fiber than tofu, so it is actually very nutritious. Even though he looks dull, he’s a handsome guy with a really smart feeling. When I listened to him, Okara turned out to be a successful lawyer (there is no particular reason why he chose to become a lawyer).

“It’s a bit hard to imagine. Why is soy milk still rich in nutrients?”

I may hear you say that but that’s what cognitive bias is all about.

Somehow, like tea or katsuobushi, things that have been soaked in hot water seem to have been stripped of their nutrients. (Strictly speaking, this is a comparison of the nutritional content of tofu and bean curd lees of the same weight. not)

Even so, Okara. It used to be used as fodder for livestock pigs, but now it is a pitiful thing that is turned into industrial waste. are also considered as healthy food and lots of recipe books are  published. I tried looking for it at a local library, and it seems to be a very popular diet ingredient along with oatmeal, and all the recipe books have been borrowed.

By the way, it seems that the reason why pigs eat okara is that eating okara improves the meat quality of pigs. I’ve read that a Scotsman who was deposed retorted, “So England is made of horses, and Scotland made of people.”

When I researched it, I found out that the intestines of horses are long, and they have microorganisms that convert insoluble dietary fiber into energy, so they can eat oatmeal (barley) deliciously, but humans don’t have such long intestines and microorganisms. That’s why some people (like me) don’t like oatmeal.

In terms of intestines, pigs have digestive organs that are closer to those of humans.

People in Okinawa say that they eat all the pigs except for the squeal, but Japanese people eat soybeans without leaving anything behind. Also, the cultural sphere of eating tofu is very wide throughout Asia, and it seems that it overlaps with the cultural area of eating glutinous rice.

Come to think of it, the “Douhua” I ate in Taiwan before. Recently, it has become possible to eat it in Japan, but I feel that the taste of what I had in Japan is a bit different from what I had in Taiwan.

To borrow the words of Rosanjin, the difference can be said to be, “Tofu is Umami!”

The deliciousness with attack is easy to understand. A beautiful happiness that fills your mouth the moment you eat it. A meal that directly stimulates our taste buds, which never betrays our dopamine-filled brains, is certainly good, but on the other hand, I felt unsatisfied at the beginning of eating, but the more I eat, the more I chew.

There is also the kind of deliciousness that gradually appears and slowly seeps into your mouth and body. When you are exposed to such delicacies, it is easy to end up eating all of them before you know it.

I feel that this is certainly the case I experienced in Taiwan and Kyoto.